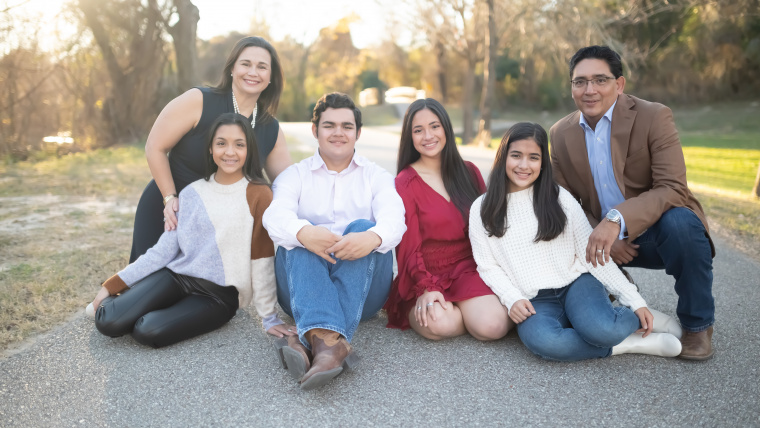 John Perez is a licensed professional engineer who owns and runs the Cognascents Consulting Group. His company’s office is in the heart of Spring Branch. Cognascents is a process safety and asset integrity management consulting firm focused on serving the oil, gas, and chemicals industries by helping them protect their employees through safe operations.

He is married to Colette Walker Perez, and they look forward to celebrating their 21st year of marriage in June of 2022. They have four teenagers (John August, Mary Elyse, Catherine, and Caroline) who attend Stratford High School. They live in the Nottingham subdivision of Spring Branch and are parishioners of Saint John Vianney Catholic Church.

John is a two-time graduate of Rice University with a B.S. in chemical engineering (’96) and an MBA (’12). Along with running his company, John is also an adjunct lecturer at Rice University and teaches their ABET-accreditation-required process safety course every Spring. He is an entrepreneur at heart and enjoys serving his community. John has dedicated his time to various non-profit causes including the following: 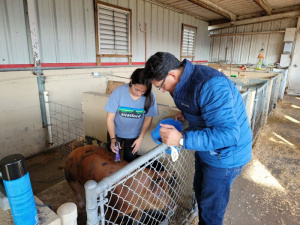 John Perez was born in Carrizo Springs, Texas, which sits near the border in Southwest Texas. He is fond of his time in “God’s Country” and still enjoys the peace and simplicity of small towns. He left Texas in 4th grade when his father became a United States diplomat and joined the Foreign Service. His father’s new career afforded John the opportunity to live and travel around the world. He lived in Jordan for two years, Guatemala for one year, and spent all his high school years in Costa Rica. Along the way, he was able to visit Belize, Egypt, El Salvador, Cyprus, France, Germany, Israel, Italy, Panama, Spain, and Syria. Despite spending a lot of time overseas, John has always been anchored to Texas. After high school, he attended Rice University where he graduated with a B.S. in chemical engineering. 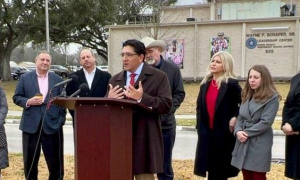 Upon graduation, he worked as a process engineer at Rohm and Haas, a chemical manufacturing company, for approximately four years. He then took a business development position with a small process safety consulting firm before venturing out on his first business start-up. He started Celerity3 Engineering in 2004 and sold it to Lloyd’s Register in 2008 after successful year-over-year growth. He stayed on with Lloyd’s for two years before leaving to kick-off his second and current entrepreneurial endeavor – Cognascents Consulting. Cognascents celebrated its 10-year anniversary in 2020 and recently moved its offices to Dairy-Ashford and I-10 – in the heart of Spring Branch and the Energy Corridor. John’s professional career, like his early life, involved quite a bit of travel with business dealings in Canada, Hungary, Japan, Kazakhstan, Korea, Malaysia, Mexico, Saudi Arabia, Thailand, Trinidad, and the United Kingdom.

John is also an adjunct lecturer at Rice University and teaches their ABET-accreditation-required process safety course every Spring. Along the way, John became a licensed professional engineer with foreign licensure in Alberta, Canada, as well as a certified process safety professional by the American Institute of Chemical Engineers. He earned his MBA in 2012 from Rice University – there is just something about that school that he likes. 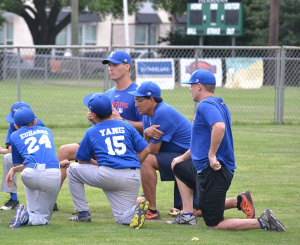 John and his family have lived in Spring Branch for 21 years. His children attended Wilchester Elementary and Memorial Middle School before their days at Stratford High School. He coached several of their SBMSA teams in their much younger years and served as the Scoutmaster for Troop 598 for three years (2017-2020). He has spent many hours supporting the Spring Branch FFA chapter among other local community causes.

John Perez is the son of Julio Trejo, a migrant worker-turned-diplomat, and Ana Maria, a West Texas cactus flower who achieved dual B.A. degrees in English and Spanish with a Minor in French.

Julio Perez grew up following the crops from Texas to Illinois and went to school when he could. He came from a large family and was one of two children to attend university and earn a degree. He managed to work his way through a Master’s degree before working for the Dimmit County federal education grant office. Julio was elected and served as Mayor of Carrizo Springs for two terms before leaving to pursue a career in the U.S. Diplomatic Corps.

Ana Perez was born in Marfa, Texas, in the shadows of the Davis Mountains. Her father was a foreman of the local power plant. She speaks fondly of her father who passed early in her life. Ana served the noblest profession most of her career as a teacher across all grade levels. She has taught students from Texas classrooms in Fort Stockton and Carrizo Springs to international schools in Amman, Jordan, and San Jose, Costa Rica. When she could not teach at assigned foreign posts, she served the local American community through the U.S. Embassy’s Community Liaison’s Office.

As empty nesters in the Foreign Service, they went on to serve at posts in Mexico, Guyana, and Angola. Julio and Ana are now enjoying a quieter life in Fort Worth, Texas.